We use cookies on our website to give you the best experience possible find out more here. 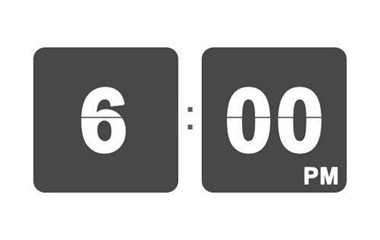 Faye Oliver, former Charlton student who left last year, has had a short story published. Called ‘Six O’clock News’, it has been picked up by Bridge Ink, a young adults literacy magazine based in New Jersey, USA. Faye said, “I am very grateful to Mr Adams as I could not have published this story without his help, tips and publishing experience.” You can read her story below, and also on their website at: https://bridgeink.org/volume-three-issue-one

Faye also appeared on BBC Radio Shropshire on 29th March, you can hear the interview via this link
https://www.telfordcollege.ac.uk/news/read-talented-teenager-becomes-published-author/

Tired. My ears stung from the slow drone of Professor McAllister’s voice, going on about media law and regulations and whatever else. My eyes were clamped down by the weight of data I had drilled into me today. My mouth was tasteless. I was tired. But, at least it was Friday, and I was six stops away from home. My real home, not just my university building. Not long now. Trying to pull my eyelids apart was like a vigorous exercise and the six o’clock news could not persuade me to open them in any way.

Come on, Sophie, I said to myself. Don’t get off the wrong stop again. Although my snooze was sweeping me in, I knew that I needed to stay awake. I took a look around me and I wondered what these people’s stories were. Why were these people on this bus with me? Were they trying to get home to their families, too? Or was their week just beginning? In my peripheral vision, I could see a middle-aged man sat in a vague expression, a gothic girl with large headphones on, a hooded man who had his eyes cemented on the dirty bus floor and was sat too close to a sleepy, gaunt woman who was colourless and as still as brick.

“Come with me. We need to get off at the next stop,” said the middle-aged man.

The middle-aged man no longer had expressionless eyes. His eyes had been struck by something, something that I had never seen before. Something that had clearly been injected into him.

This man was a stranger. Nothing but a stranger. Yet his eyes were so alarming, I knew that I needed to listen. I needed to get off. I knew it was dangerous. I didn’t know this man. My parents’ warning words of “Stranger Danger” were beaconing out to me like an air raid siren. All the “Stranger Danger” conversations I had with my parents, all those times we had been warned in school. I tried to dismiss these thoughts and, as if I was possessed, I picked up my phone and my bag and got off the bus, waiting for an explanation from this man.

His eyes were not easing, even off the bus. His facial expression assaulted me. Unsure of his motives, I suddenly wished I had stayed on the bus and had listened to my head and not my heart. But then he spoke.

Come on, I said to myself, we’re not too far from East Finchley now and then you can get off. Find another way home somehow. Oh, that girl in front of me, she’s only, what 18? Nineteen maybe? Oh, she’s the same age as Molly and she’s not a lot older than Hannah. I can’t just leave her here. If it was Molly or Hannah on this bus, I would want them to be warned. She needs to get off this bus with me. She clearly hasn’t realized.

“Come with me. We need to get off at the next stop.”

I led her off the bus and out into the cool, autumnal air. My hands were shaking, my knees were drumming, my teeth were chattering and my stomach was sickened. She was waiting for an explanation.

Speak David, just say something. I managed to throw out whatever tangled up words came to me: “She, she was dead. That, that man. He was holding her up.”

Does anyone know? Can anyone tell? Has anyone noticed? Noticed what? The girl I’m holding up is dead. She deserved it. I knew no one would know. Come on, Jack, take a look around you! That girl over there is struggling to keep her eyes open. That man looks like he doesn’t even know the day of the week. And that goth at the back is still listening to music. As for the driver, he has his back to me, focussing on the road. You have nothing to worry about, Jack! Your plan is working! You’re out of jail–for good.

Cold. She was dead. Good as a rag doll.

They know. What is he whispering to her about? They’re getting off the next stop. I know it. What are they saying? They know. I know they know. She’s dead and I’m holding her up.

“So, if you’re out and about tonight near Mill Hill, keep a look out for Jack Hansen. If you see anything, call 999 immediately. Keep safe, Stephanie Winters. And now the weather with Jenny Lee.”